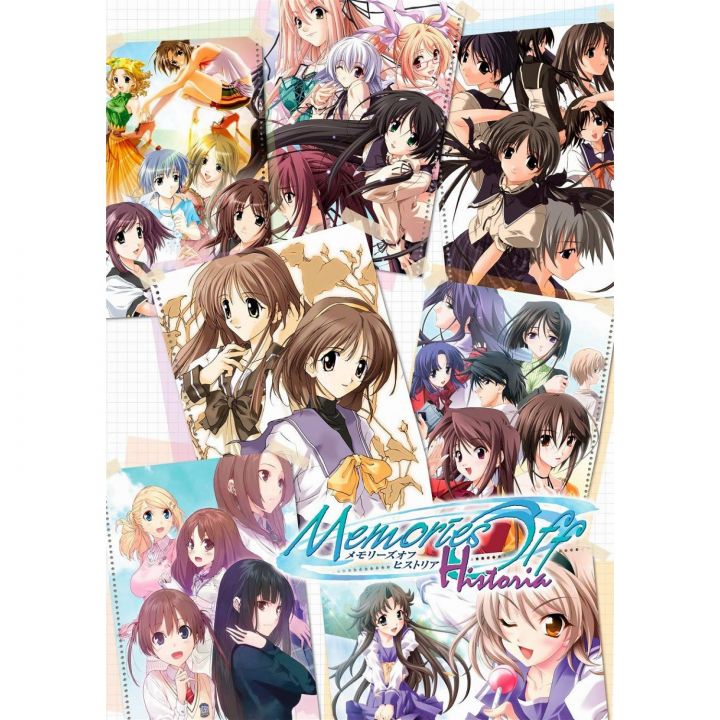 It's a surprisingly bittersweet tale about a guy named Tomoya Mikami who actually was dating the girl of his dreams, Ayaka Hizuki, for a long time...only to have her die tragically a good while before the game starts. The game even begins with Tomoya having a flashback about Ayaka whilst walking to the train station to get to school. On the train, as usual, is Yue Imasaka - a close friend of Tomoya and Ayaka who pretty much grew up with them. The gist of the story is that Tomoya feels that he's spent enough time grieving over the loss of Ayaka and is ready to try his hand at love again and hopefully find another wonderful girl to make beautiful memories with.

The protagonist is a 17-year-old student, Ken Inami, a soccer-loving dude who aspires to go to film school. His girlfriend Hotaru Shirakawa also has high aspirations; having played the piano ever since she was a child, she aims to go to music school. Ken and Hotaru have been dating for a spell and are at a rocky juncture in their relationship. This is where the game gets interesting. You can either make decisions to salvage Ken's relationship with Hotaru or chase after another girl.

Shougo is ordinary if somewhat lazy university student. Instead of studying, he prefers to hang out with other regular visitors in a place called the Cubic Cafe. Several years ago his girlfriend Kanata suddenly left him, disappearing without a trace and giving him no message on why she ran off. One day, completely by chance, the two happen to meet each other again in that cafe.

Inori was looking forward to going to the annual Ashikajima Fireworks Display with Isshu this summer. They had made a promise to always go to the fireworks festival together since that was the place that they originally became a couple. But Isshu said he wouldn't able to go because of his part-time job. That day would fall on their two year anniversary. Inori went alone to their memorable place, the church... and she began to recall the previous two years.