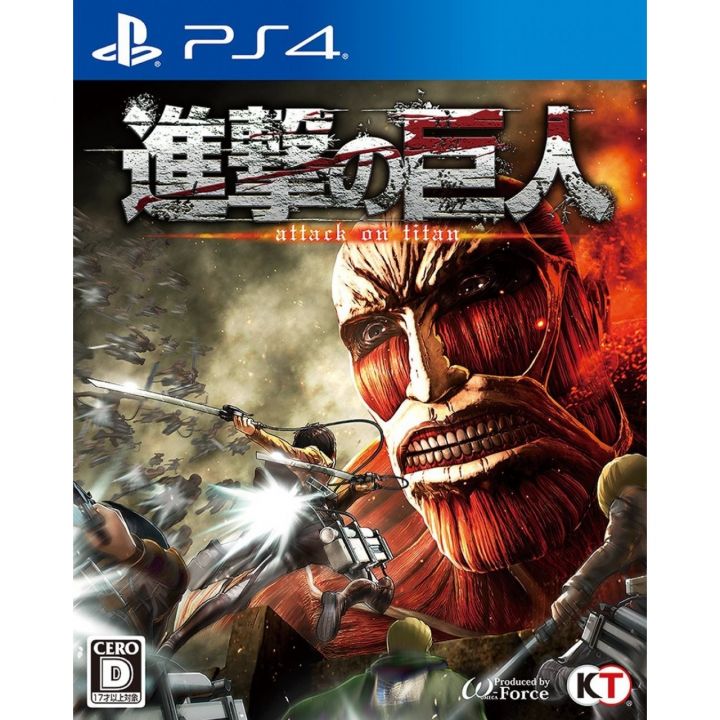 Koei Tecmo and Omega Force are bringing the story of the entire 2013 anime to PlayStation consoles, as well as a number of scenarios that place the spotlight on popular characters that are being developed alongside. All our favorite characters will be represented by the same voice actors used in the anime.

Players will be able to lock into battle against a wide variety of titans. Each titan will have its very own personality, creating a wide range of battle situations that forces the player to choose how they approach it. Your 3D Maneuver Gear’s blades will dull and gas will deplete as you fight, so the game also incorporates a weapon parts exchange element.

Players will use the '3D Maneuver Gear' to zip freely around the sky and battle titans. By using type of action, you can rush quickly to other parts of the battlefield. Your 3D Maneuver Gear's blades will dull and gas will deplete as you fight, so the game also incorporates a weapon exchange element. In order to defeat a titan, it is necessary to attack its neck which means you'll need to attack from high altitudes and defeat titans by first destroying body parts like arms and legs before issuing the killing blow.

Additionally, with the state of battle constantly changing, you will noticed differences within the city such as walls and roofs collapsing as a result of battle. When you come across AI allies, you’ll be able to fight together as companions, as well as provide them instruction for various actions.