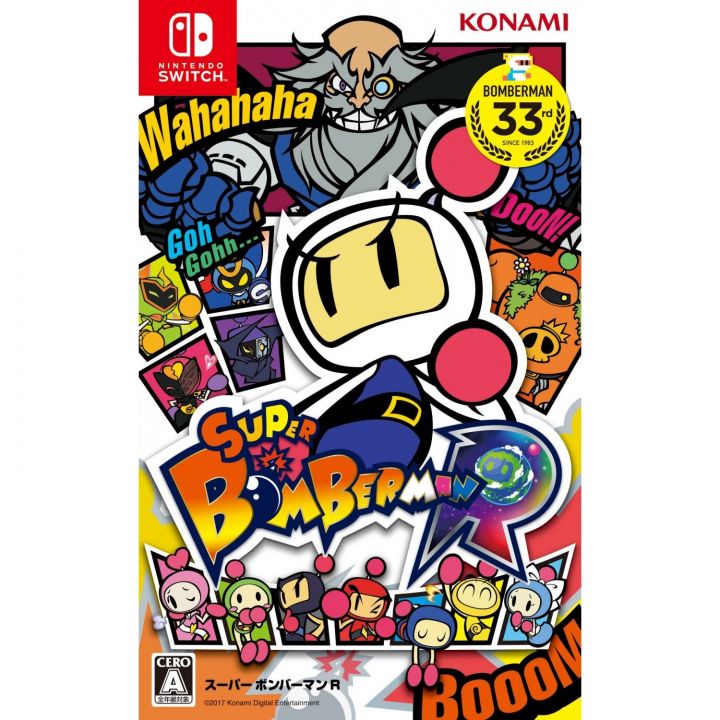 Since its release in 1985, Bomberman has been a familiar party-battle game for many years. Now, Bomberman is coming back as "SUPER BOMBERMAN R" to Nintendo Switch.

In SUPER BOMBERMAN R, the simple rule remains the same: operate the main character (Bomberman), place bombs, and battle with enemies and rivals, but it's coming back in a modern style with 3D stages and photo-real graphics. You can enjoy battles with rivals from all over the world.

There is "Battle" mode for maximum of 8 players, and single play "Story" mode (cooperative play for 2 players is possible as well) where players clear each stage one by one, with a big volume of 50 stages. Also, there is a new rule where the condition to clear the stage is not just by wiping out all the enemies. This simple but strategic game with new rules and 3D stages is fun for everyone, from children to adults.